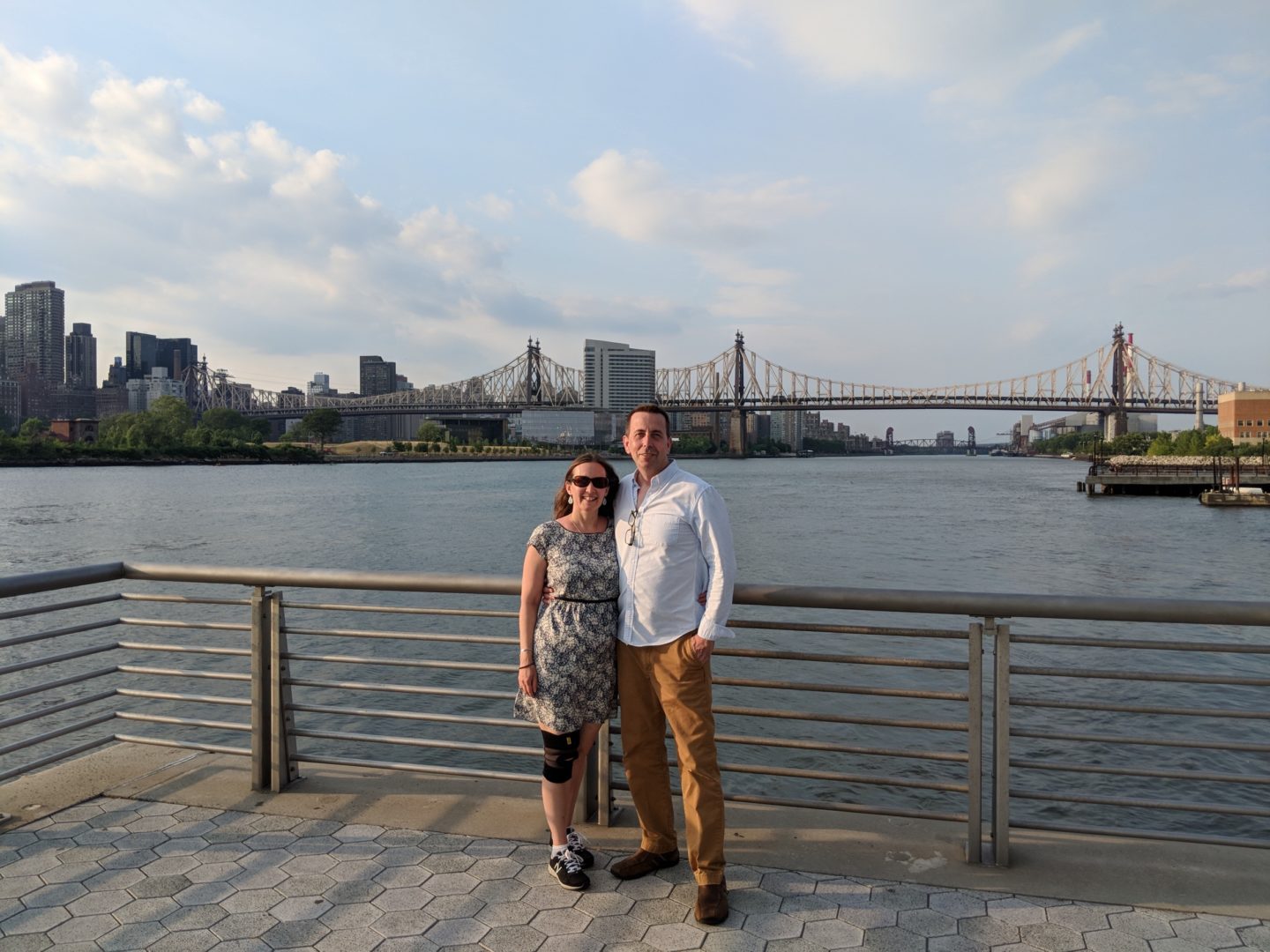 Our friends Will and Diana generously offered to show Daria and I around Queens and some other surrounding areas of the East River. Will and D are characteristic of the northeast – especially those of Italian descent. Gracious in hospitality, and eager to share the city they love.

It is true that the culture of the northeast is more blunt and stand-offish compared to the rest of the U.S. But I’ve found that, once you break the ice, the generosity of the locals knows no bounds (the opposite is also true – if the ice hasn’t been broken, the bluntness of north-easterners also knows no bounds! One orbit at a poker table will learn you good on that front).

We started the day’s sojourn by “carbing-up” in Astoria. Will had been telling me about some of his favorite spots in the neighborhood: Brooklyn Bagel, Ample Hills Creamery, and Chip. We hit them all.

Brooklyn Bagel is typical of what the locals expect in a bagel shop. A wide variety of fresh, house-made bagels; boiled on site. And a selection of cream cheeses, and sandwich-type fixings that ensures you could eat a different bagel everyday for years to come.

Ample Hills Creamery is an ice cream spot famous in the area for opening a tiny storefront and, weeks later closing and reopening in twice the space. Since then, they’ve been spreading quickly all over the city. The phrase “printing money” comes to mind. Check out the menu below.

Admittedly, we stashed our haul from Chip for the trip home. This spot makes four types of cookies each day. Some on a rotation, but, from what I’ve read, it seems like they have a new addition now and then. The place is tiny; a five-foot counter, a register, and just enough space to stuff a few ovens and three people behind the counter. Will and D were chagrined that there was no butterscotch the day we were there. But don’t feel bad for them, the place is just a couple blocks from their apartment.

Museum of the Moving Image

The Museum of the Moving Image is the kind of spot that offers little nuggets for the historical geek inside you, and takes you down the path of nostalgia. There’s also an exhibit of modern internet-driven video media (not pictured) that sparks some notions of what’s to come.

There’s a huge exhibit of Jim Henson, The Muppets, The Labyrinth, and the Dark Crystal. I’d never realized The Labyrinth was a Jim Henson production. That and the Muppet Movie (best banjo lead-in ever) are on the list to re-watch. Some of the pictures of the muppets below turned out a little creepier than they are in person – or what I recall from a childhood filled with The Muppets TV show.

One of the below images is a GIF (pronounced ‘jiff’ if you’re ‘Murican, ‘ghif’ if you’re a commie) that’s this cool optical illusion that shows how the rate of images is interpreted by our always incredible minds. In regular light, it’s just a spinning contraption. But with a strobe light that presents the machine at a specific visual timing, an animation reveals itself.

A small confession, I’d heard of the East River before, but I’d never thought much about it. When I think The City, I think the Hudson. Truth be told (or rather, discovered), the East River is where the people and families of Queens and Brooklyn call home. Perhaps common knowledge to most. But not to me at the time.

D, kindred spirit of the Order of the Eternal Attention to Detail to which Daria is also a member, had planned the day. The center-piece of which was a ferry ride through the East River. I hope that the photos capture the spectacle. New York is a myriad of gentrification, industry, parks, housing projects, and buildings that touch the sky. Filled with people living their lives as best they know how. The ferry ride afforded us the opportunity to marvel at it all with views of three of the five boroughs (Manhattan in addition to the above).

The day came to a soft landing back in Queens with a short walk to Stamatis to settle in, enjoy a few drinks, some tasty Greek food, and time with friends to reflect on the day.

New York is built upon layers of industrial architecture. This is evident in the famous landmarks we’ve all seen such as the Brooklyn Bridge. It’s also everywhere you look in each of the neighborhoods in the boroughs. Turn of the twentieth century iron and brickworks that you can find in so many of the great cities in the U.S. But nowhere else like you can find in The City.

One thought on “On the East River”